Here’s a handy tip when you are stockpiling your survival and prepper supplies, store charcoal in 5 gallon buckets.

It’s a great storage item to have on hand during any crisis. Now you’re ready! 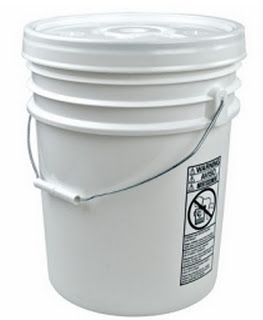 Have you ever looked at your food storage and thought “I hope I don’t ever have to eat any of this”!  I do all the time!  The fact is, survival food doesn’t always look good or taste great!  Often it’s dehydrated, canned or preserved in some way.  What if you could have normal food, like fresh baked bread even when the SHTF?  Well if you’ve ever thought like that, then here is something that will fit the bill!  It’s an age old recipe that has withstood the test of time, filling bellies and putting smiles on faces for centuries, if not longer. 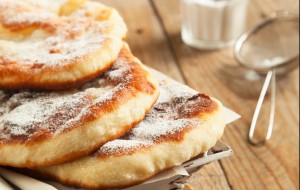 In an emergency fresh eggs/milk may be hard to come by and you certainly won’t be able to drop by your local market to pick up a loaf of sliced bread! So what do you do? Tuck this away, practice it and use it when/if needed. We have had a lot of requests for recipes like this so I will dig out my Grandmothers old recipe book and see what I can find. If you have any you would like to share, please send them to me via message and I will post them for everyone.

4 tsp. yeast (some use baking powder instead of yeast)

2) Add flour and knead until the mixture is smooth.

4) Form dough into small balls, then flatten into a tortilla shape about ½ inch thick.

5) Fry bread on both sides until golden brown.

Tip – if dough is sticky, use a small amount of flour to coat your hands while handling the dough.

Real Indian fry bread is deep fried in a fair amount of cooking oil, but this is not necessary. You should use the dough immediately without allowing it to rise first. This is not like the traditional bread recipe that is baked into a loaf and rises beforehand.

Enjoy, you now have a recipe for bread, it can be used for sandwiches, eating with meals, with honey, cinnamon, tacos (my favorite – called Navajo Tacos)!

via Survival Bread – So good you’ll want it anytime!

According to a survey by the Food Marketing Institute, such confusion leads nine out of 10 Americans to needlessly throw away food. The survey found 90 percent of Americans “at least occasionally throw food away prematurely because they mistakenly interpret the date label to mean their food is unsafe” — and 25 percent say they always discard food on or before that date.

The researchers blame “a lack of binding federal standards, and the resultant state and local variability in date labeling rules” for the inconsistency in date-labeling practices.”

In 2012, one national study estimated that 40 percent of the country’s food supply goes uneaten. The cost of that wasted food is about $165 billion, including $900 million in “expired” food.

A family of four, the study found, spends an average of $455 a year on food it doesn’t eat. The researchers recommend making “sell by” dates invisible to the consumer, and have the food industry establish a standard, uniform labeling system.

There are three types of dates on a food that is purchased. If the package says “Sell By,” be sure to purchase the food before the date listed. The “sell by” date tells the grocer how long to display the food. The food should remain good for a period of time once you get it home.

The “Best if Used By” is not a purchase or safety date. The date stamped after that term is the date the food should be used by for best flavor or quality. A “Use-By” date is the last date recommended for peak quality of the product.

All three terms are guides to help a purchaser determine the quality of the food. The food can be safe and of good quality after any of the three above open-dating terms are used.

This Infographic below explains a bit more:

If you can stack bricks, you can make an effective biomass rocket stove. The materials are affordable, and readily available. Most important, it is a very simple survival skill to learn.