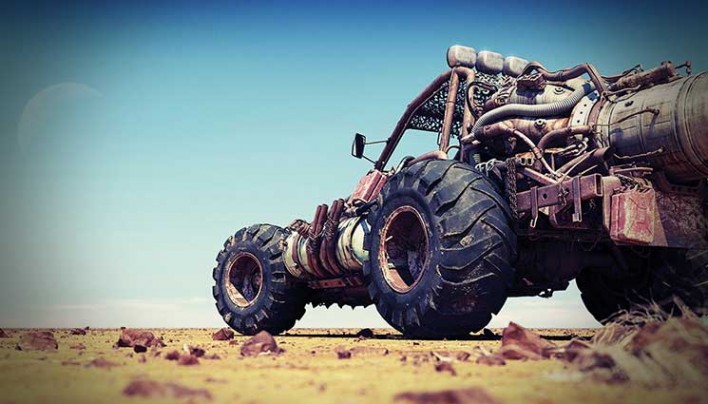 Since the episode last night of Doomsday Preppers had a guy modifying an old school bus to be his battle wagon after the destruction caused by of an F5 tornado, I thought I would share this article showing other options you might consider. While I will admit, part of me wants to build my own gassifier engine and go to town on an old bus with a cutting torch, these options below come with considerably less work, risk of fire and could run much better than that old yellow tank. If nothing else, you won’t need to make your own employees work on this for you. For the rest of us that don’t have our own companies that might be a non-starter.

If you are going to purchase a vehicle that you can use to bug out, one of these beauties below might be the ticket. The good folks at the HiConsumption site pulled this great list together.

With The Walking Dead season premiere set to kick off in just over a week, we once again got to thinking about the zombie apocalypse. We got you covered last year with a list of zombie proof gear to help fend off the undead, but the reality is you aren’t going to be able to take on those flesh eating zombies on foot. You need wheels, and your current vehicle just isn’t going to cut it. Now imagine for a second that you had perfect circumstances – imagine you can get your hands on nearly anything you could think of (within reason of course). That’s the approach we took when creating this list of the best vehicles for the zombie apocalypse. You need something reliable, capable, and let’s be honest, you need something badass. You’ve been prepping for this zombie outbreak for years now, and you want to let everyone know that you are the baddest S.O.B. on the planet. Check out some of our favorite options for the end of the world in the 12 best vehicles for surviving the zombie apocalypse below. 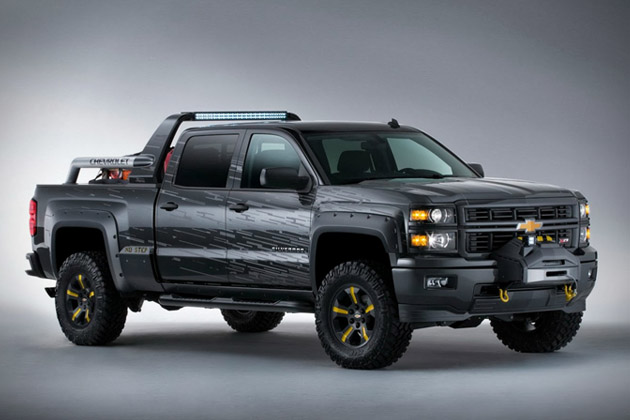 Let’s start things off with a practical choice. Chevy makes a solid truck, there’s no doubt about it, and this one was built specifically for unforeseen emergencies. Although we can’t say that the zombie outbreak was “unforeseen,” we can certainly classify it as an emergency. The fully capable 4×4 features a 5.3 liter EcoTec3 V8 engine with plenty of power (355 ponies to be exact) along with lower body armor, raised suspension, solar power pack, generator, military First Aid Kit, gas masks, a crate of food with Top Ramen and Twinkies (your new favorite food groups in this post apocalyptic world), and a whole lot more. [Details] 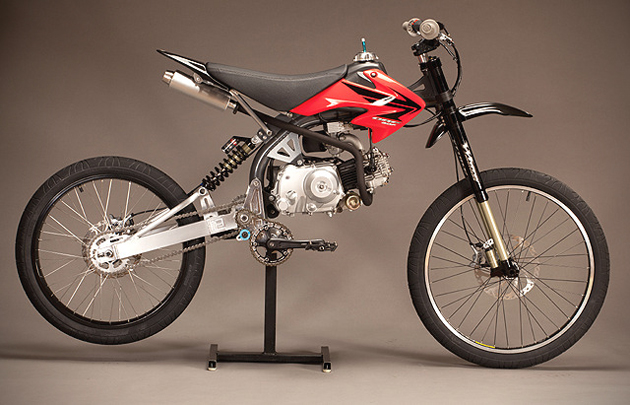 You’re going to need something that is nimble and quick. Sure the big bulky trucks have their place, but a solid 2 wheeled companion is an essential. Motoped created a simple conversion kit that lets you outfit your mountain bike with Honda 50-190cc motor for about $1,000. [Details] 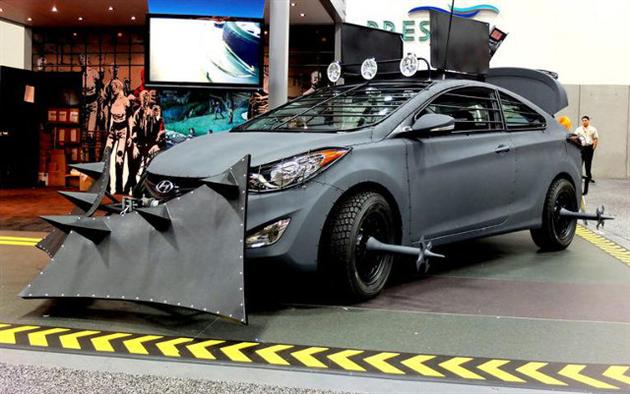 If Hyundai is good enough for Rick and his crew on The Walking Dead, we’d suffice to say that it’s good enough for us. Thankfully the folks at Hyundai take their zombie response research very seriously, and have outfitted one of their Elantra coupes with a ton of security features from a zombie plow with massive spikes to armored windows and spiked all terrain tires for going where no other vehicle can go. [Details] 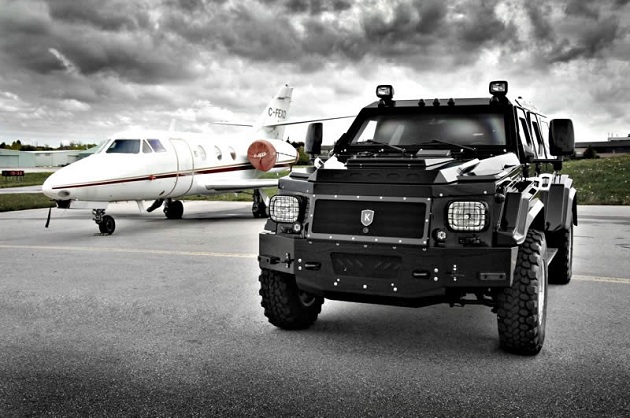 Who says you can’t stay drenched in luxury in this new post-apocalyptic world? The Knight XV is luxury and ruggedness, fused into one completely bad-ass SUV. The vehicle is packed with a 6.8 liter V10 engine, seating for 6, night vision cameras and bulletproof armor. [Details] 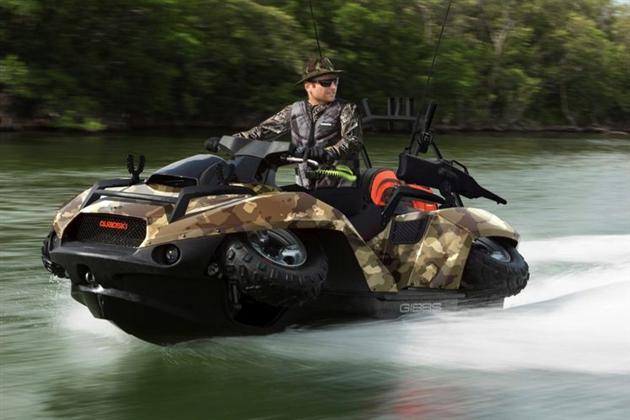 It’s been debated for years whether or not zombies will be able to swim. From our extensive research (hundreds of hours watching zombie movies and shows), we’re going to go with no, they can’t swim. The 4WD Gibbs Quadski is perfect for tackling tough terrain, and within 5 seconds, the vehicle can tuck its tires to hit the water. Thanks to the 175 horsepower engine, you can hit speeds of up 45 miles per hour on land, which is plenty fast to leave those undead bastards in the rear view. [Details] 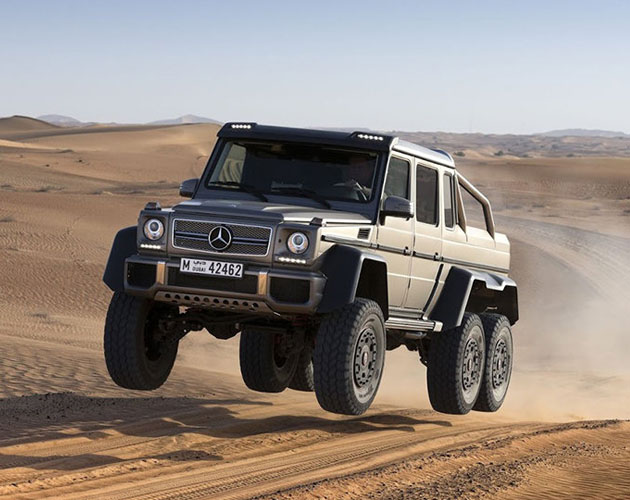 Not only will MB’s 6 wheeled off road monster provide you with a fully capable means of transportation, but it will also bring about some nice entertainment. For such a massive vehicle (8,400 pound curb weight), the 5.5 liter AMG V8 powered 6×6 is actually quite agile. Although it’s based on the military version, this thing handles more like a truck than a tank. [Details] 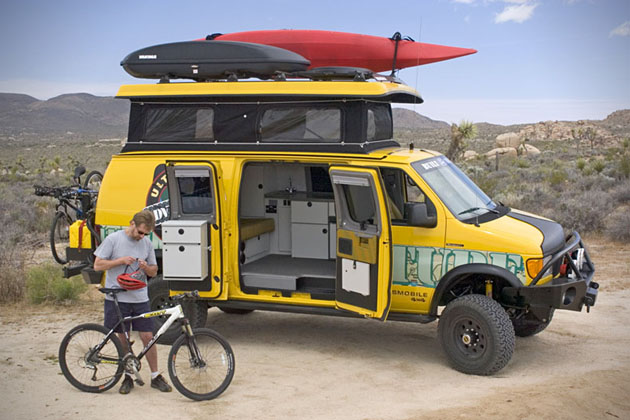 The folks at Sportsmobile design rugged Mercedes-Benz and Ford E-350 vans that are capable of tackling any off road terrain, while also providing a mobile home living experience. The cargo van has been equipped with everything one needs to survive in the wild, with plenty of room for bikes and water vessels. [Details] 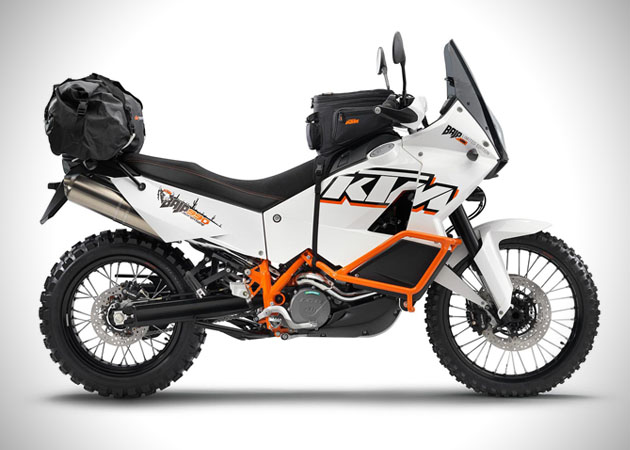 Again, enclosed cars and trucks are great, but 2 wheelers serve a vital role in your survival. There are few motorcycles that perform quite like this bad boy from KTM. Crowned the most off road capable travel enduro in the world, the 990 Adventure Baja has been outfitted with everything you need from suspension to power plant to ensure that you can transition from the asphalt to the dirt roads. There’s a slim chance anyone will be keeping up with road maintenance after the virus spreads, and this V-Twin powered machine will be able to tackle any beaten road you can throw at it. [Details] 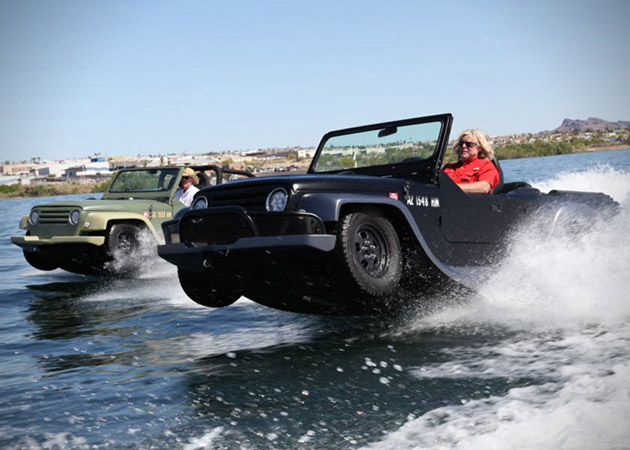 It goes without saying that a Jeep Wrangler will always be a solid choice when it comes to the inevitable apocalypse. You can’t go wrong when it comes to Jeep, but a Jeep that can quickly convert to a boat? Now that’s a real winner. Assuming that zombies can’t swim, this thing is great for escaping those sticky situations. Packed with a 3.7 liter V6 motor built by the Japanese auto makers at Honda, this Jeep is capable of speeds exceeding 40 miles per hour on water, and 80 mph on land. The best part is the transition from land vehicle to boat takes only 15 seconds. [Details] 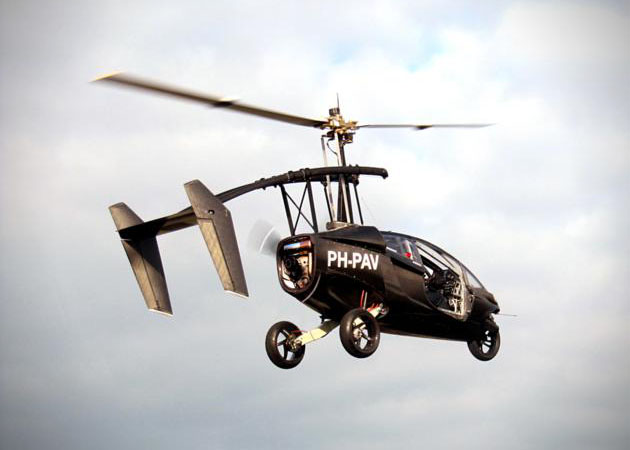 Technically the results are still inconclusive when it comes to zombie’s ability to swim (although we think not), but there is one thing we’d put money on – zombies will not be able to fly. With that being said taking to the air can be risky business during this zombie infested time era (imagine crashing into a horde of zombies), but bear with us on this vehicle. The Pal V One acts like a sports car on the ground, accelerating from zero to sixty miles per hour in just 8 seconds, while reaching a top speed of 112 mph. In just minutes, the vehicle can be transformed into a Gyro-Copter, flying at altitudes of about 4,000 feet (well below commercial flight routes, although we can’t imagine there will be many commercial flights during the zombie apocalypse). The vehicle’s fuel tank can store enough fuel for over 300 miles of flight time. Now this vehicle is currently still in the “development” process, but the concept, if executed well, could make a nice addition to your stable of vehicles rather than your sole choice of transportation. [Details] 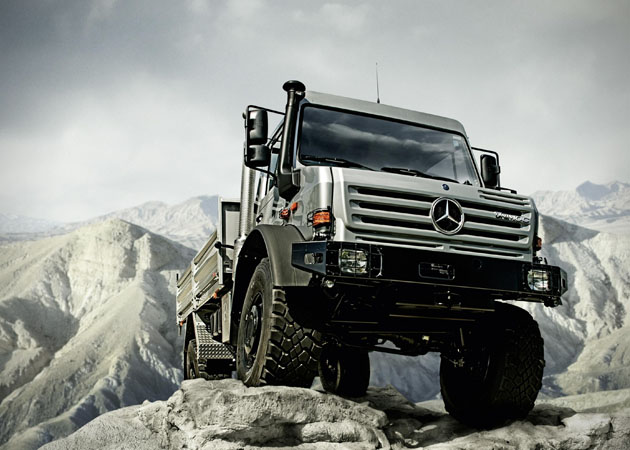 The folks at Benz said it best when they said the monster of a vehicle known as the Unimog offers “absolute off-road supremacy.” You can take Mercedes’ word for it, or you can research the 10 different models that were designed for disaster emergencies in the harshest conditions. This could be a bit impractical as your only means of transportation, but it could be a huge asset in your stash of vehicles. [Details] 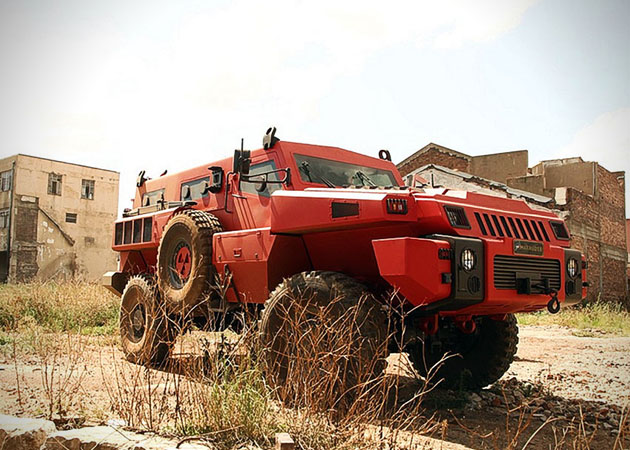 Hands down the baddest vehicle on the planet, the Marauder will withstand any test you throw at it. The armored vehicle destroys everything in its path. Features include long range fuel tanks, the ability to survive TNT explosions, ultra modern climate control system, run flat tire that can be pierced by 12.7mm bullets, anti blast seats, and so much more. The vehicle has a fording depth of half the vehicle, meaning it can swim too. Reaching speeds of 120 kilometers per hour, this thing is far from a slouch. If you can get your hands on one of these, do it. [Details]