If you’re hunting for meat, the last thing you can afford is for the meat to spoil before you even get it home (or to a processing facility). It’s tough to understand all of the ins and outs of preserving game meat, especially if you’re hunting in warm temperatures.

Here are a few of the most common questions I hear about game preservation:

Some of these questions are easier to answer than other. For example, if your hunting grounds are accessible by vehicle, game preservation is a pretty simple process. In fact, there’s really only one step to it: Collect the dead deer or other game animal and haul it to a cooler to be processed as fast as possible.

In the backcountry, or further away from a vehicle, it’s considerably more difficult. However, if you understand the common causes of spoilage and the ways to prevent it, you shouldn’t have any problems. Let’s get started…

What Factors Cause Meat to Spoil?

The biggest cause of meat spoilage is the body heat emitted by the animal itself.

While an animal’s normal internal temperature usually hovers around 99 degrees, this can actually increase once an animal dies. How is that possible?

Well, the animal’s muscles continue to generate heat; without the assistance of a functioning circulatory system, this heat doesn’t circulate properly through the animal’s body.

That’s why the most important thing to do is to lower the meat’s temperature to the temperature of the air around you–once you accomplish this, you’re nearly “home free”.

Should You Skin Your Deer?

Skinning an animal isn’t always necessary–if the outdoor temperature is 40 degrees Fahrenheit or lower, you can simply gut the deer while leaving its hide intact.

Deer are relatively small, so they cool faster than larger game animals.

In warm weather (above 50 degrees), however, you should take special care to skin animals quickly–especially large animals like elk with heavy hides. Removing the hide is essential to cool the meat so it doesn’t spoil. 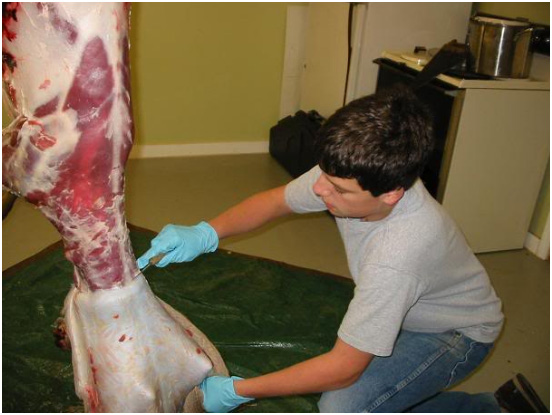 If you need a little guidance on skinning game, I personally really like this resource provided by Outdoor Hill.

Many expert hunters recommend using a crossbow when you hunt elk and even deer; one reason for this is that an arrow doesn’t harm the meat nearly as much as different types of ammunition. 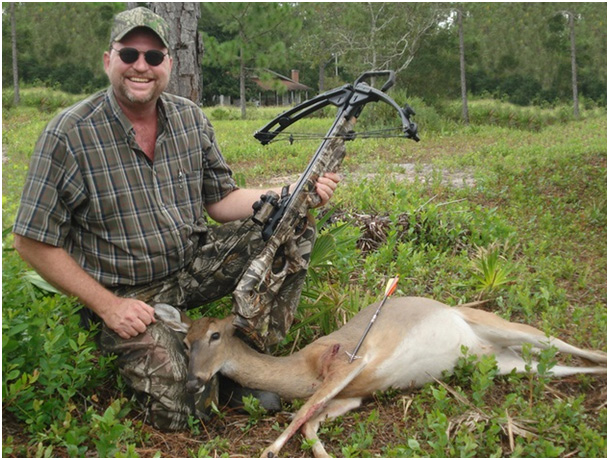 Granted, hunting big game with an arrow is easier said than done, but it’s a lot easier with the right crossbow scope.

Should You Hang the Carcass?

Yes, you should hang the carcass up. Air circulation is essential to quick-cool meat, and hanging is the best way to accomplish an all-around circulation. 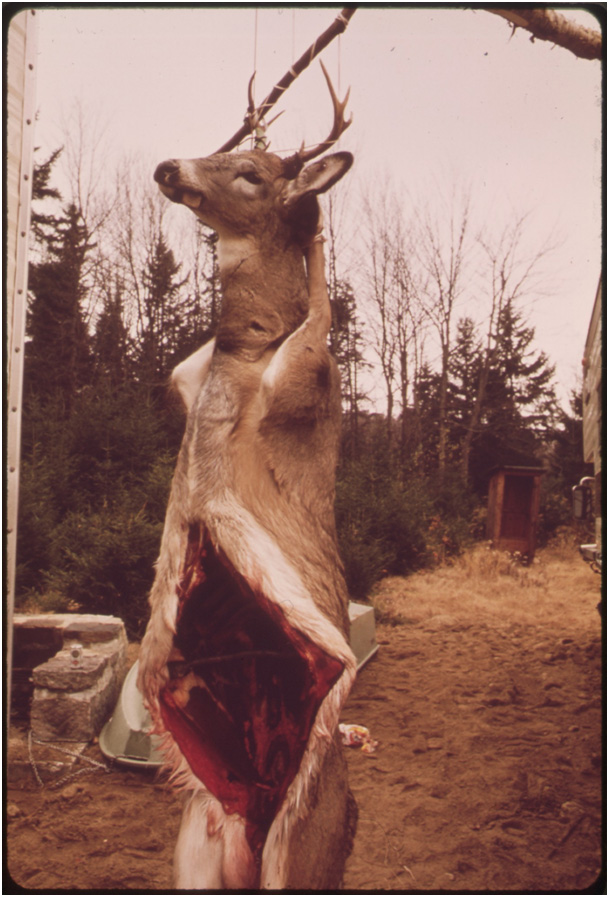 This doesn’t mean however that you need to hang the deer very high–remember, the air is cooler lower to the ground.

Should You Gut Your Game?

It’s tough to gut large game animals such as elk–you don’t want to be knee-high in blood and guts, after all.

A better method is to slit the hide from tail to head. Then you can skin the upper half, remove all legs, and debone the ribs, neck, and brisket.

Should You Bone the Carcass?

If you’re carrying the meat for a long distance, boning can make a huge different in the amount of weight you’ll be carrying.

Boning the meat also ensures that it will cool quicker, which will prevent spoilage. At the very least, you should remove the biggest portions of bone, such as the shoulders and hips; these large bones can maintain the heat within the carcass for hours after death.

Although some argue that boning the meat will expose it to more dirt and cause the meat to dry out, it’s an easy problem to solve: you just need to bag the meat and seal it well.

Next to heat, bacteria is one of the most common culprits when it comes to spoilage. The bacteria that spoils meat thrive best in wet environments.

While you should still wash the meat, you should wipe it dry and leave it out to dry in the air for awhile before you bag it.

If you’re hunting in the cold weather, you most likely won’t have to deal with flies. In higher temperatures, though, they’re a formidable opponent. 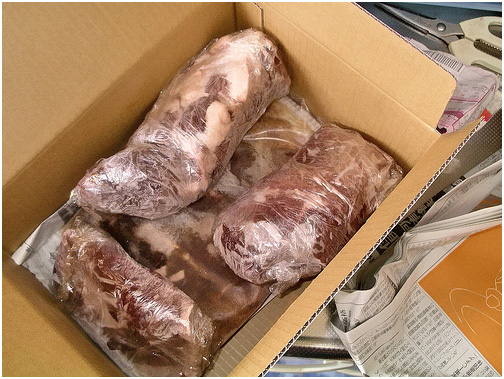 If you’re hunting in warm weather, you should bag all skinned meat as soon as possible. Invest in high-quality, compact and easy-to-carry bags.

What About Air Temperature?

Once you’re able to extinguish the carcass’s natural body heat, the temperature of the air around you is not much of an issue. If you’re hunting in hot temperatures, however, this article from Field and Stream has handy tips to keep your meat fresh.

As long as you can cool the meat to 40 degrees, time is one your side. Most commercial butchers age their beef or game for a few weeks; they quick-age beef even faster, and at a higher temperature.

Although it’s understandable to want to keep your meat (and yourself) safe from bears, it’s unlikely that you’ll be able to hang an animal carcass at a “bear-proof” height: bears can reach 10 feet or higher.

Your best bet is to skin, bone, then bag the meat as quickly as possible; this will lessen the time that the animal’s scent will dissipate through the air, attracting bears and other predators.

If you’re hunting for meat, as opposed to sport, these are important rules to follow. Don’t sabotage your efforts and your health by allowing meat to get dirty, infected, or spoiled by the natural body heat reserved in it after death.

Here are the most important things to remember to keep your game meat fresh, especially if you’re hunting without a vehicle nearby:

I wish you the best of luck properly preserving the game meat that you hunt. Let me know if you have any questions, comments, or ideas of your own in the section below. Happy hunting!

Chris Browning is the senior editor of Gun News Daily. The site was originally built by his father who used it as a resource center for people looking to learn more about gun education and safety. This legacy was carried on by Chris, who relaunched the magazine in 2015 and began to rebuild GND.

For the bulk of his career, Chris worked as a private military contractor for a number of NGOs. He is currently living outside Loveland, Colorado where he runs GND and a local coffee shop. Chris is also actively involved in the local community where he runs annual skeet shooting events.